Tales from the Gap - C4 and Lemons 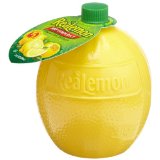 Line transects are an ecological field technique one might use to look at plant cover.  You basically stake out a line of string, say 25 meters long. Then, starting at one end or the other, you stand directly over the string and slowly move forward, measuring the distance any given plant grows directly under the string. So you might end up with 4.2 cm of grass, 2.7 cm bare soil, and so on. It is a long and tedious process.


One hot afternoon I was conducting line transects on Range D3 at Fort Indiantown Gap, Pennsylvania's military training base that rests against the beautiful Blue Mountains. Range D3 was composed of a battered old field bisected by tank trails. Paralleling  the base of the Mountain was a long, linear berm with a hidden tracked target behind it that would appear and disappear during tank firing exercises. And, like everywhere else on the base, the ground was littered with spent shell casings, flare shells, and small silk parachutes. That day, however, I found something new.

Scattered over the field were fragments of plastic lemons. I am sure you know them, the realistic looking plastic citrus you buy in the grocery store that are filled with concentrated lemon juice? Bits of yellow plastic dotted the field like small summer flowers. Most were melted. As we walked around the field, I discovered a golf-ball size chunk of the explosive C4 laying in the dirt. I picked it up and stuck it in my pocket, and continued patrolling my study site. There, in the middle of the field, was a whole, plastic lemon. An unexploded, handmade, lemon grenade. Hmm. Interesting. 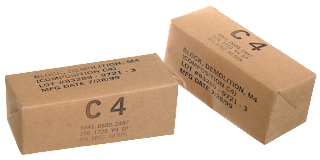 As I did every time I found an unexploded something, I got out my bag phone and called it in to Range Control. I left the lemon grenade, walked 5 meters over to my line transect, and began the long process of counting plant cover.

I was about half way through when Range Control and the EOD (Explosive Ordnance Disposal) trucks appeared. Out jumped several uniformed military personnel. "Good morning, Ma'am," greeted the Range Control Sergeant. "Morning, Sarge". I replied, feet firmly planted on either side of my transect line. "This here's the Butterfly Lady," Sarge said to the bomb squad guy. In the five years I worked there, they never knew my name. I was simply the Butterfly Lady. "Nice to meet ya," I said.

I told them what we had found that morning and handed the bomb squad guy the C4 I had been carrying in my pocket. "S#*t!" he said, rather loudly. I then pointed to the lemon grenade not 15 feet away.

Bomb squad guy went back to his truck and put on his giant protective suit, the kind you see them wear on the news during a bomb scare somewhere. Feet still firmly planted over the staked out string that marked my line transect, I watched as he made his way back to the lemon grenade. He looked it over from a distance then slowly walked up to me.

"Ma'am, I am going to have to ask you to go back behind those vehicles for your own safety. We don't know how stable the lemon is."

"I can't go back behind those vehicles right now, I am in the middle of a line transect young man. The MIDDLE! I have to finish this transect first," I stated firmly. As firmly as my planted two feet, which had not moved an inch since his arrival.

"Well Ma'am, then I am going to have to position myself between you and that ordnance until you are done," he proclaimed. Wow, he was willing to risk his life for me to finish my line transect. I said thank you and continued my work, he placed himself directly between me and that little yellow lemon.

In the 15 minutes it took for me to finish up my transect, several more vehicles arrived. Men with jackets that had big bold letters across their backs "FBI" and "ATF". Uh oh.

I no longer argued when ordered into the back seat of the sedan. Question after question about where we had been the day before, the day before that, the night before, what are we doing now, what was I doing with C4 in my pocket? How did I feel about lemons? Were they going to wear me down, force me into a confession with their barrage of questions, confusing me? Do I like lemons or don't I? What time did I really get up that morning?

There I was, an endangered species biologist studying a very rare butterfly on a military base, with soldiers who loved to drive tanks, bomb, and strafe the butterfly's habitat. Of course I would be a likely suspect. I am sure images of the crazy Butterfly Lady in her kitchen whipping up Real Lemon hand grenades filled with C4 danced in their heads. We were, after all, dressed in fatigues. We did look like ecoterrorists, well, except for the butterfly nets.

After the FBI, the ATF, the MPs, EOD, and Range Control were convinced we didn't make the lemon grenades, they jumped back in their vehicles and sped off down the road.

I decided not to mention the unexploded ordnance we found on the tank trail. We just left that for another day.
Posted by Barb at 9:28 AM