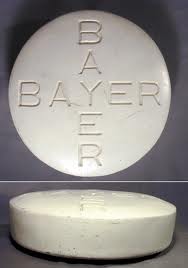 The term "99%" has new meaning.  It now includes all women in the US who are supposedly using birth control, in other words, the Breeders.  Well, at first they said 99% of women have used birth control at some point in their lives, but now my Conservative friends figure it is just plain easier to expound "99% of women use birth control!".  Sinners!

This number bothered me for several reasons. So I thought I would do my own research and calculate out how many women I think use birth control in the United States, based on 2010 US Census data and other sources.  So here goes.

The total number of women in the US is estimated at 156,974,000 but this number does not include overseas military women.

Now, I am going to use the figure of 2%, which is commonly believed to be the percentage of the US population that is lesbian, according to our beloved census.  That gives us 1,477,480 lesbians. So if you take the total number of reproductive age females and subtract the non-breeding lesbians (although some do), you get 72,396,520 Breeders.

However, we must consider all factors in our calculations.  For instance, what about the Catholic Nuns?  Are we to ignore the Sisters? No I say!  The only information I could find says that of approximately 60,000 Nuns in the US, only 240 Sisters are under the age of 45.  What??? So I am going to subtract 240 Nuns from the Breeder total, which leaves us with 72,396,280 total Breeders.

I almost forgot women in prison.  In 2010, there were 112,797 gals in the slammer.  Now I don't know how long they are in there or how old they are, so this one is a bit tricky, but for the sake of this discussion let's say they are in all year and most under 50.  We won't reduce by the number of lesbians because that was already accounted for in the previous calculation, so we are now down to 72,283,483.

Now of these, who is trying to get pregnant and thus would NOT be using birth control (or who had an accident)?  According to Babycenter.com, 4 million women give birth each year. So, let's see, all Breeders take away new Mommies and that gives us... 68,283,483 women that are likely using some form of birth control!  That is 54% of all women over 15 years of age.  So to say that 99% of women use birth control is just plain wrong.

Now I know that these numbers are not absolute, that some Lesbians and young girls under 14 have heterosexual sex (I won't touch the Nuns with a 10 foot pole on this one).  Some women are trying to get pregnant and aren't or can't.  And some women under 50 are in menopause and some women over 50 are not.

So take these numbers with grain of sea salt.  But at least they are a bit closer to reality than my Conservative friends' estimates. Marginalization of a population, race, or gender is never a good thing.  Except for the oppressor.

As First Lady Nancy Reagan once said, "Just Say No!"
Posted by Barb at 8:38 AM