Light as a Feather Stiff as a Board 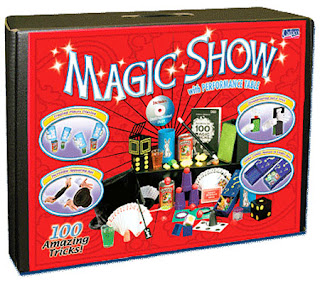 I don't know about you, but my childhood was filled with wonder. I had a magic set and held captivating and mysterious shows in our basement. The trick I remember most was the disappearing ball. There was this blue plastic vase shaped thing, with what looked like a plastic ball sitting in it. In all actuality it was simply a secondary lid that looked like a ball. I lifted the real top off the plastic vase shaped thing, said "Look at the ball! Now, I will make it disappear!". I would put the top back on and lift it off again, this time taking the fake plastic ball up with it. The outer edges of most magnificent magical prop were ribbed, so no one could tell I had an extra piece.

"Ooooohhhhh. Ahhhhhhhhh!" the crowd would exclaim, then break into thunderous applause. 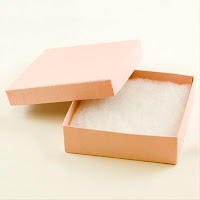 Another ghoulish trick I read about in a magic book always drove my Mom crazy. I would innocently walk up to her with a small white box in my hand, you know the kind of box I mean. Palm sized, the one you usually get a necklace in if you buy it at Sears or something? Anyway, I would hand her the box and say "Open it!". She would smile and take the lid off and inside would be a severed finger covered in blood. Mom would fall for this every time. She would jump a startled kind of jump and then say in her Mom voice "Barbara Jean!". I would bust out laughing. The magic book said to cut a hole in the bottom of the box just big enough for your middle finger to fit through. Then, hold the box in your hand with your finger laying nicely on the bottom of the box. Stuff some cotton balls around it and strategically place bright red ketchup on the finger. And there you have it, a severed finger. It's a wonder Mom still talks to me.

I played with Ouija Boards, held seances, read tea leaves. But nothing compared to Light as a Feather Stiff as a Board. After a little research, I found that this "game" was played as far back as the 17th century during the plague in London. Here's how we did it. One person would lay on the floor. Usually we had 5-6 kids who would sit cross-legged around the body, one at the head, two on each side, one at the feet. Each kid would place two fingers from each hand under the body. The person seated at the head (me of course) would tell a tale of how the body died, usually by some fatal car crash. Then we would chant.

"Lift," I would command.

Wikipedia's explanation of this phenomenon is that when you have several people lifting a heavy object, the weight is distributed evenly and it is totally possible to lift a body. I would agree with that if each person is using their arms and hands fully. But only four fingers?

One night we asked one of the Mom's to be our "dead body". She happily obliged. We went through the ritual and lifted her up above the floor a good two feet. Easily. Someone giggled and broke the spell. We dropped her.

Now to all you non-believers, doubting Thomas, cynics, and skeptics, I am hear to tell you that we lifted this woman as though she truly was as light as a feather. There is no way under the sun you can lift 20 pounds with your index and middle fingers alone as though it was a piece of paper.

Seems to me I tried Light as a Feather Stiff as a Board as an adult at some point in my life. It didn't work. Perhaps it was because the rest of the participants were non-believers. Perhaps our "dead body" wore a plus size. Perhaps it is because there is some truth that children are more open to other worlds, not yet jaded. The reason matters not to me. I am a believer.

Let me know if you are member of the club and what your experience was. I am dying to know...
Posted by Barb at 10:03 AM

Email ThisBlogThis!Share to TwitterShare to FacebookShare to Pinterest
Labels: Barb Barton, Light as a Feather Stiff as a Board, Ouija Board