America, It is Time to Wake Up 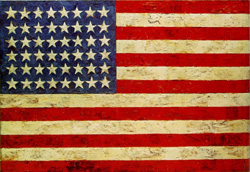 I was doing some calculating and figured if everyone who supported President Obama gave $5, he would have a fighting chance against the rich people who are buying the election. I find the current strategies of the extreme right appalling and have struggled within myself of whether I can or want to join in the battle. But there is no choice. Sadly, until we can restore campaign finance laws, money may buy our elections.

With their unlimited supply of financial wealth, conservative super pacs and corporations can buy up ALL the advertising time on local television stations, then fill those slots with blatant lies. It has been well documented that this tactic works. In California, Proposition 29 implemented a $1 tax on cigarettes. In March, two thirds of California voters supported this bill. The tobacco companies came in and spent 47 million dollars on advertising, and the tax was defeated in the election by less than one tenth of one percent of the vote. Their ads changed the minds of the voters. California voters. Scarey.

This is serious. Corporations and the extremely wealthy are buying America. If we let this happen, our environment will be devastated, the middle class and poor will suffer greatly, things that we have fought so hard for will be reversed with the swoosh of a pen.

Have we forgotten the social changes that the Republican Party promises to deliver if they win the elections? The attack on women's rights, gay and lesbian rights, your right to have sex however you choose, whether you can get reproductive health care, remember? This hasn't gone away.

I fear we are suffering from dementia. Did we forget the circus of the Republican debates? The broken party was about as cohesive as a chocolate chip cookie in a glass of milk. What happened? How could they evolve from a bunch of crazies to a seemingly unified party passing legislation to restrict voting rights, abortion rights, and run neck and neck with the Dems? How could the recall Scott Walker movement, who had the support of most Wisconsinites, fail? Money and lies. Shame on them. And shame on us for allowing it.

Here are some facts from Wikipedia that you might want to put into your memory:

Not a fair fight at all when it comes to buying political ads. But that doesn't mean we should give up. I don't have much money, but you can bet I will send $5 to Obama's campaign. I never send money to campaigns, but this country of ours is moving in a dangerous direction and I have no choice. Neither do you. Whether we like it or not, money will dictate this election. If we all reach into our pockets and contribute to our candidates, we might just have a chance. Our money is magic. It is hard earned. It has power. The power of the People.

Could it be the hatred of Obama by the right has pushed them to the point of doing ANYTHING to get him out of office, democracy be damned?

Seems like their was another civilization once upon a time that went the same direction our 1% friends are pushing this country towards. It fell.