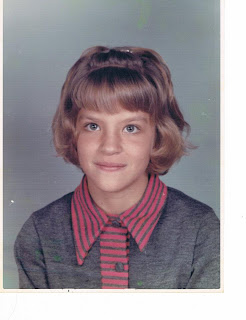 If anyone would have told me in high school that my sister Diann would grow up to be one of my very best friends, I would have thought they smoked too much weed. Should our relationship have had a place in the year book, it would have be named "least likely to succeed".

Let's go back to her first year. That would be 1960, when the Belgium Congo won independence and JFK was elected President of the United States of America. It was also the year Diann Lynn Barton, nicknamed Dutchy, was born.

I could not wait for my sister to arrive, and arrive she did. My Dad was a police officer then and my new sister came home with sirens blazing. Seems fitting - she still arrives with sirens blazing. This little bundle of fire came roaring into the world and she hasn't stopped yet.

But age has a way of making folks appreciate one another more, and I know that today this woman is one of the most important people in my life.

I wish everyone had someone in their life who believed in them 100% like I do. No matter what, Dutchy is there for me, cheering me on, helping me get through tough times, celebrating the good times, remembering the old times. And I am there for her. That is what sisters are all about.

One of the most special things about our relationship is our exploration of life's complexities and our shared interest in politics. We could talk for hours about the world's problems and have all the solutions. "Did you see Rachel Maddow last night?" I would ask. "Yes, those #$sholes!", Dutchy would spout.  "I know it!" "Can you believe those Republicans?" And on and on we go. "Ok, let's not watch any news for a week, alright?" I say. "We are getting too sour on life."  "Yeah, you're right", Dutch would say. She always says I am right. Even when I am not. She loves her big sister. 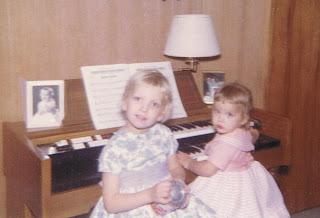 If ever I was asked who has the biggest heart in the world, I would vote for Diann. Never have I seen someone care so much for their friends, family, Unions, American made everything, and justice. She has blossomed as an intellectual, spending considerable time educating herself on the issues of the day. She doesn't just sop up whatever the media spouts to her, she researches things to find out the truth. Doesn't surprise me one bit. Diann was found to have the IQ of a genius when she was young. But she would never tell you that.

I consider myself one of the luckiest people on earth to be a sister to this incredible woman. She inspires me everyday of my life, and I can only hope to be like her when, and if, I ever grow up.
Posted by Barb at 9:54 PM